Yesterday was my most favourite day ever ever ever!

I got to meet a 6 week old Asian elephant calf called Sabai. Not only did I get to meet him but he wrapped his trunk around my neck and chewed my ear whilst his majestic mother Thong Dee watched over us. It was so incredible. He immediately stole a piece of my heart that I know I am never going to get back! 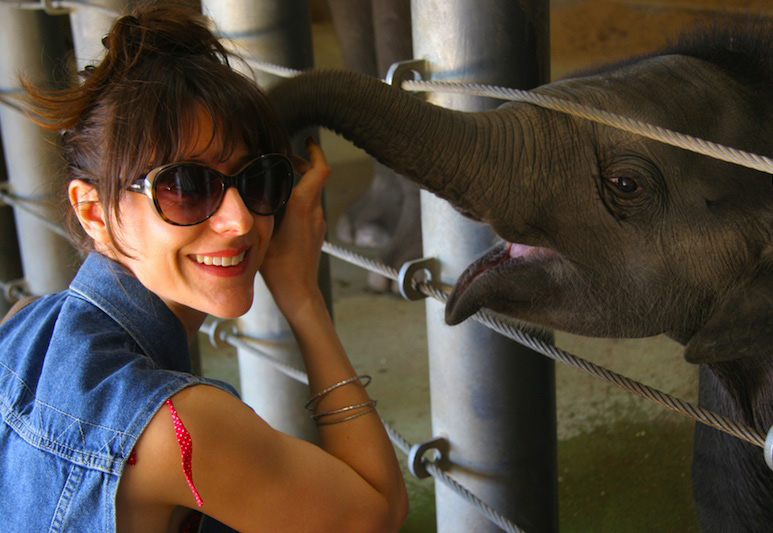 This experience was an immense privilege. The general public aren’t allowed to get this close to the baby.

As part of Animal Works I was allowed to meet this special little baby so that we could get footage for future artwork (Nafisa’s work), future children’s books (my work) and to learn in greater depth about Taronga’s role in the Australasian conservation breeding programme for the endangered Asian elephant (turning around the decline in the species).

Sabai’s mother Thong Dee was rescued from the streets of Bangkok, where she was used to beg for money from tourists. 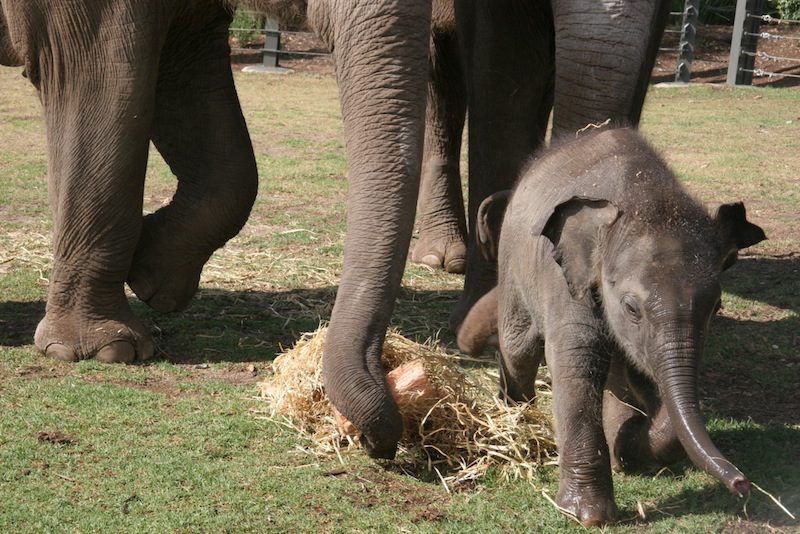 After meeting beautiful little Sabai we got to watch him, his mother and auntie having their daily bath. I then realised just how suited to his name he is (Sabai means happy in Thai). I don’t think I’ve ever seen a happier more excited creature than this tiny hairy little ele running around under the hose, sliding on his belly, crawling on his knees, rolling on his back and running rings around his mum and auntie’s legs. His excitement was just amazing and will stay with me forever. 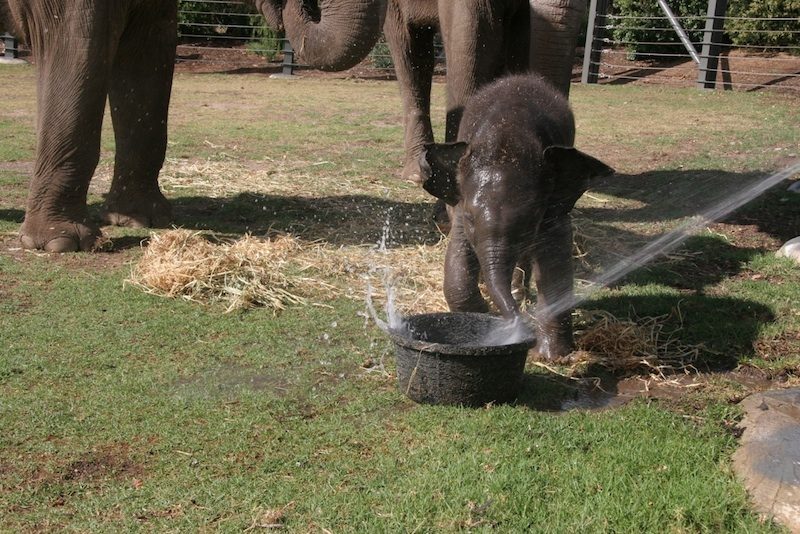 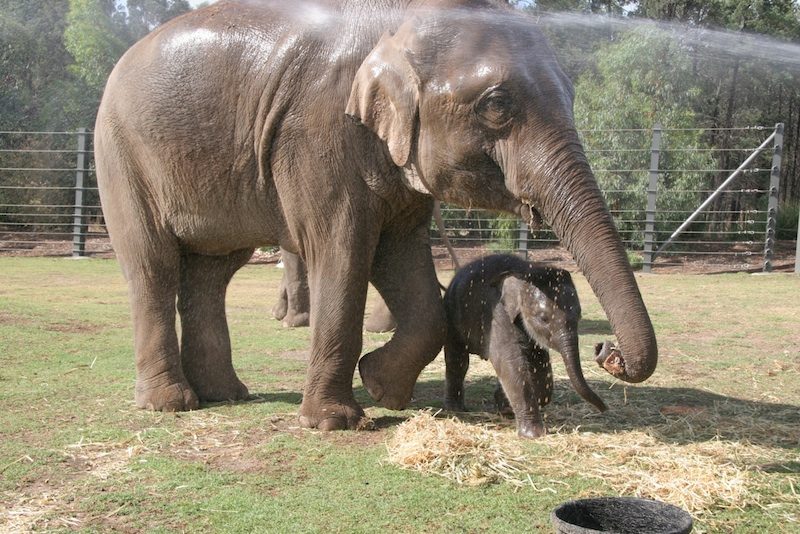 Having met orphan ele calves, the difference between them and Sabai was striking. Sabai who was so happy and excited that he didn’t know what to do with himself…….just like an overexcited human toddler. Compared to an orphan ele calf whose grief hangs over them like a dark cloud, where they can actually die of a broken heart, having seen unimaginable horrors. Sure they play, loosing themselves for a minute but then they remember and fall sullen again, just standing still with their heads hung low and trunks trailing on the ground. They should never see what they see or feel what they feel, but thank goodness that amazing orphanages like Lilayi exist, that save these babies, giving them love and a reason to live. 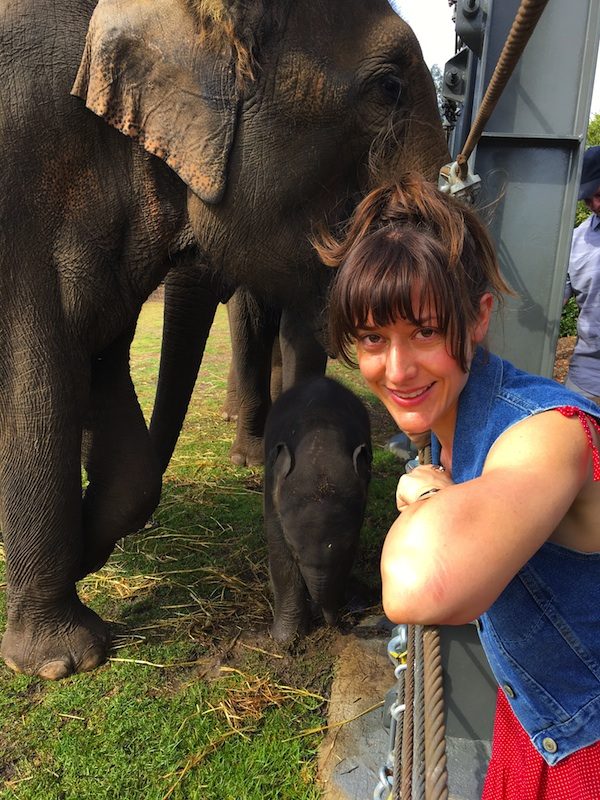 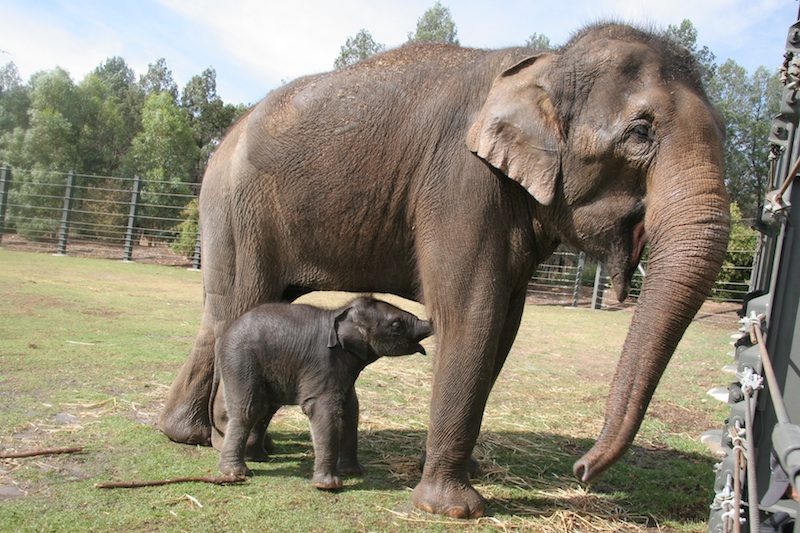 And here’s the video I made of beautiful little Sabai……………