When you buy a copy of The POWEs And The Disappearing Tusks you are supporting these 3 fantastic charities. 20% of the profits from each book goes to the Lilayi Elephant Nursery, The Rhino Orphanage and Tusk.

In March, two of Lilayi’s orphan eles, young bulls called Musolole and Zambezi were ready to take the next step in their journey to independence….relocation to the elephant release facility in Kafue National Park.

Here the young elephants are still protected by their keepers but they go for daily walks in the park and learn to wander further and further and stay out longer and longer, until one day they decide that they no longer want to sleep in the boma with the keepers, they want to be wild eles out in the bush where they belong!

Musolole and Zambezi are settling in well at the elephant release facility, despite Zambezi being very nervous at first. The other older ele orphans ran over to greet them when they arrived and they have since settled in well.

Tragically, the Elephant Orphanage Project’s oldest orphan, 8 year old Chodoba died this week. The reason for his death is unknown at this moment until the post-mortem results are received. The Elephant Orphanage Project are devastated but as Rachael the Project Manager said ‘Whilst we feel a hole in our hearts at the loss of Chodoba, our only consolation is that Chodoba died after release as a wild and free roaming elephant in Kafue National Park.”

5 month old Kabira (meaning ‘powerful’) arrived in January. She actually lost her mother to natural causes, but however you loose your mummy it’s still traumatic. She soon took a shine to Kabelo (meaning ‘gift’), who lost his mother to poachers.

They are just 2 of the many orphans at the Rhino Orphanage who are being loved and protected so that one day when they are ready they can return to the wild, like Pemba who returned to the wild in November 2015 – good luck little one!

So many people have asked to become volunteers at the orphanage they are fully booked until 2017. Great news. If you would like to become a volunteer in 2017 (3 month minimum placement) – please contact them.

On the 30th April Kenya will destroy over 120 tonnes of ivory and 1.5 tonnes of rhino horn. The event is being organised by the Kenya Wildlife Service who Tusk have supported since their inception. This will be a loud message to the world to end the illegal wildlife trade.

Tusk are helping to finance the construction of further classrooms at Kilimani Primary School in northern Kenya. Just one of 21 schools in the Lewa Education Programme run by Lewa Wildlife Conservancy. By supporting and educating the communities that live along side the wildlife in Africa the next generation will grow up to be conservationists not poachers. Lewa hasn’t lost a rhino to poaching in 2 years and elephant poaching has halved!

The Lilongwe Wildlife Trust, an organisation that Tusk supports, have created a film with the president of Malawi and 15 foreign diplomats as part of the just launched Say No To Ivory Trade’ campaign. Malawi is one of the poorest countries in the world and is a distribution hub for ivory traffickers.

So that’s the news from the field.  Thank you for your support. 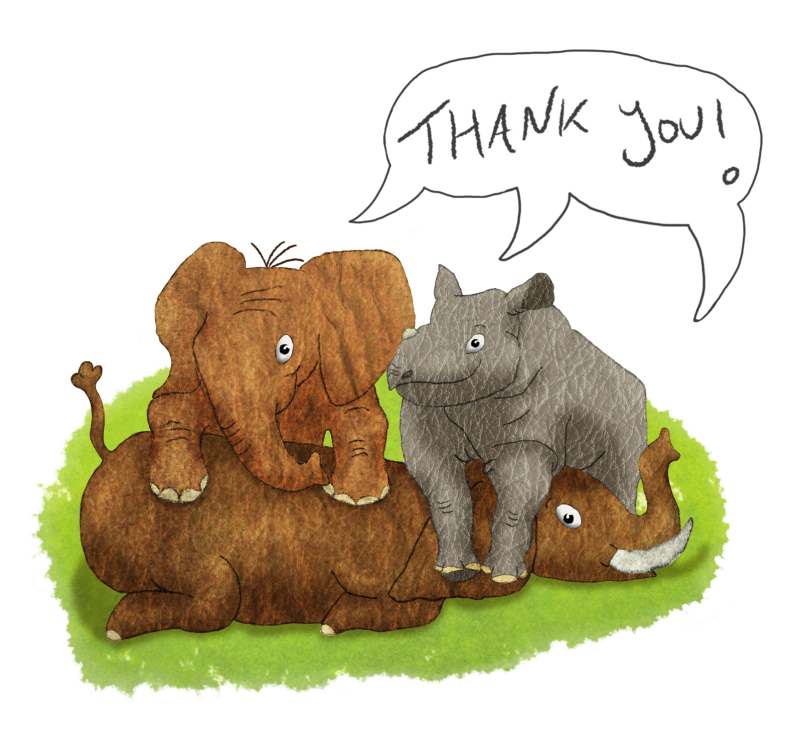