I was lucky enough to meet this beautiful 2 month old black rhino calf the other day at Taronga Western Plains in Dubbo, NSW, Australia. 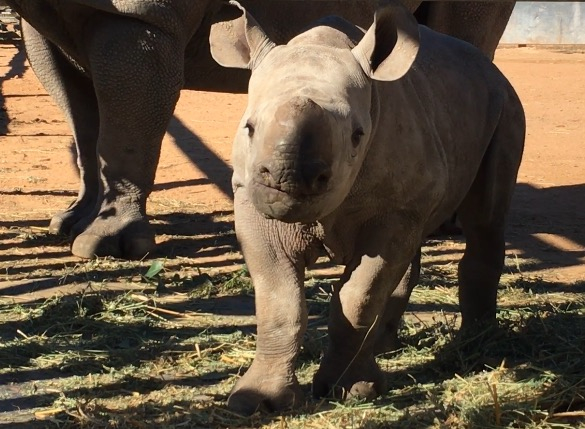 The Taronga Conservation Society is involved in the International Rhinoceros Foundation’s bid to save black rhinos from extinction through their breeding programme.

Sadly, all species of rhino are facing the very real threat of extinction due to the illegal wildlife trade. It is the greatest direct threat to the survival of many of the world’s most iconic species.

Rhinos are killed for their horns. Falsely believed to have healing powers, despite the fact that they are made out of the same substance as our hair and nails, keratin. 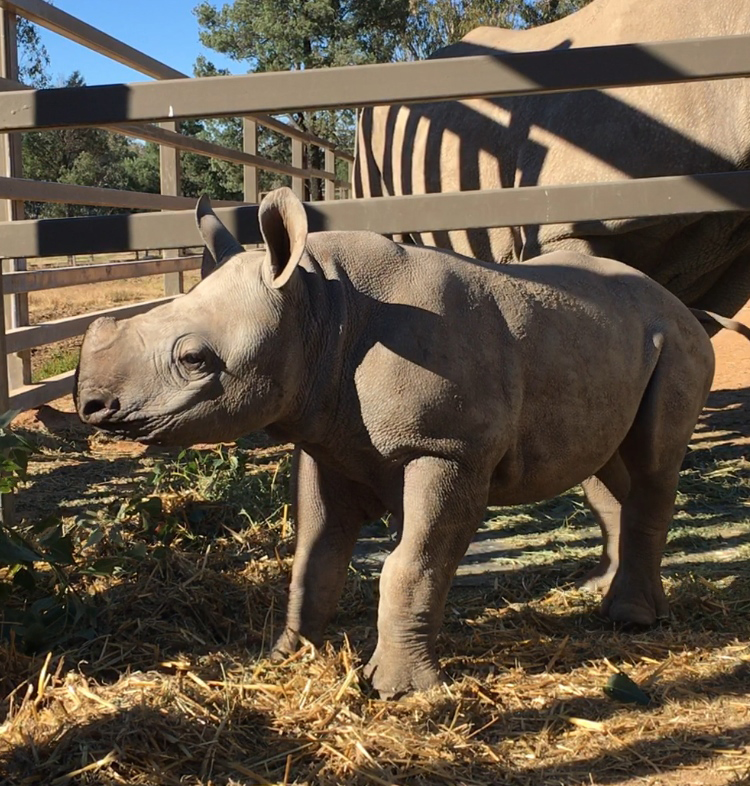 This little calf was born in April. The general public are not yet allowed to meet her as she and her mother need time alone to bond. But in my capacity as part of Animal Works, I was afforded the absolute privilege of meeting with this little ambassador for her species. 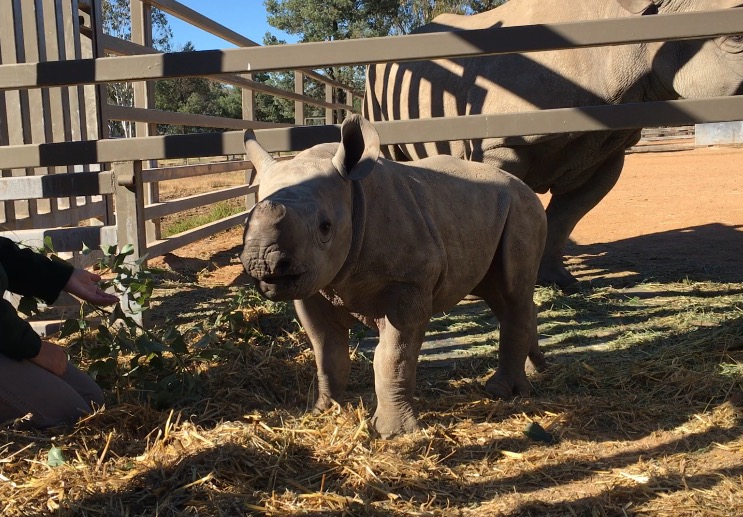 Don’t you think that little sideways hoppy thing that rhino calves do is quite possibly the cutest thing you’ll ever see?…….

Would you like to play a part in saving wildlife from illegal trade?…..

Back in 2014, the Taronga Conservation Society partnered with TRAFFIC, the global wildlife trade monitoring network, to create Wildlife Witness; the first global community action smartphone app in the fight against illegal wildlife trade. This app generated more than 500 intelligence reports in 2016 alone.

It’s amazing to think that tourists, who are potential customers of the trinkets made out animal parts, can now be reporters on the illegal wildlife trade. Protecting our planet’s wildlife. People have used Wildlife Witness to report animals being sold in the pet trade, the sale of rare plants and wood, ivory trinkets, as well as rhino horn and pangolin potions.

“We can use it to not only assist with enforcement efforts, but also to better understand how the traders are working and where trade is taking place,” Dr Chris Shepherd, TRAFFIC’s South-East Asia director

Download this very important app here and help protect and save wildlife.

If you haven’t had enough of rhino calves (who ever could???), take a look at The Rhino Orphanage – who we support through the sale proceeds from The POWEs And The Disappearing Tusks.